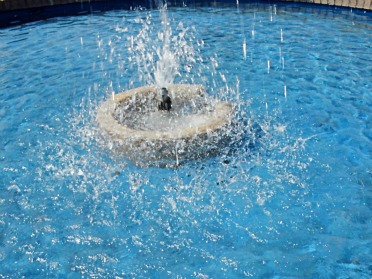 Bioidentical Hormones…Tailor made just for YOU!!!

I have to say, I have aunts that have aged gracefully….beautifully in fact. They seem to just “go with the flow”……Having taken a lickin’ and kept on tickin’……….I also have to admit……some of the things I hear my patients mention doesn’t make getting old sound easy or fun…….

You know, the hot flashes at night and at inopportune times during the day……having the family pissed at you because it feels like an icebox in your house……Feelings of being “tired all the time” and not having any energy……just not quite feeling yourself anymore…..and what about sex drive?!?!? What’s that? If it’s a street, can we move there?

These are just a few of the symptoms and issues that a lot of my menopausal women deal with……what gives? Typical HRT(hormone replacement therapy)tends to treat only a few of the above; namely, hot flashes, night sweats, and vaginal dryness……but what about the rest? I mean, we as women are more than just our vaginas and hormones, right?

I think a lot of the reason why we as generalists, and I’m speaking ob/gyns folks, don’t treat women with menopausal symptoms adequately is that we just don’t really know how. Seems to me that menopause is A LOT more than hot flashes, and night sweats…..it involves things such as feeling as if you’re in a fog, difficulty losing weight, depression, anxiety, sleepless nights……..Does treating one solely with traditional hormone replacement therapy combat these other symptoms as well?

In my quest for continued enlightenment, I reached out to several colleagues of mine, both of whom are board certified ob/gyns and treat women with bioidentical hormones, which are replicas of the hormones produced by your body.

Here are my Top 5 Take Aways:

Hopefully, after this you’ll realize the value of hormonal treatments for your menopausal symptoms. Additionally, something to remember is that men also age. Though they may not go through menopause, they also experience some of the same things we do, including impotence. Don’t be afraid to open up to your partner; the likelihood is that they probably have a problem of their own, whether that be low libido, impotence, or erectile dysfunction (men can find treatment for these in viagra or cialis).

Hoping this blog post has added value to your day, or at least caused you to consider some alternative options.

Stay tuned as I hope to feature one or both of my colleagues on the Ask Dr. Angela podcast to elaborate on this option of helping people feel their best selves.