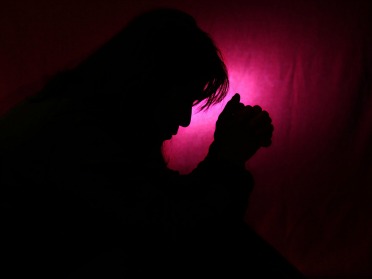 I LOVE MY JOB! 97% of the time it is happy and brings me GREAT joy.

3% of the time, I am faced with sorrow and pain. Most of the time, this is associated with the obstetric piece of what I do.

This past week I encountered two separate scenarios. One involving a woman who had what is known as a missed abortion. She presented to her routine obstetric visit, and on ultrasound it was found that the fetus was without a heart beat. We call this a missed abortion as there were no signs associated with it. There was no cramping, bleeding, etc. It was an incidental finding. I met her for the first time a few days after the diagnosis as I was the physician on-call who would be performing her suction dilation and curettage.

The second scenario I encountered involved a woman that I saw on postpartum during rounds who had suffered a loss in her late second trimester. She was known to me, as I had seen her during her last pregnancy.

Lots of questions came to mind on everyone’s part. Both patients wondered, was it my fault? Why did this happen to me? Could I have done something differently?

From my perspective, it usually comes down to, what do I say? Asking how one is doing, while seemingly the dumbest question in the world, isn’t always the worst place to start. After all, there are a lot of emotions involved in dealing with a loss.

Here are my top 5 tips for coping with a Pregnancy Loss:

Hoping this blog post has added value to your day!

I’m Afraid To Talk To My OBGYN About………