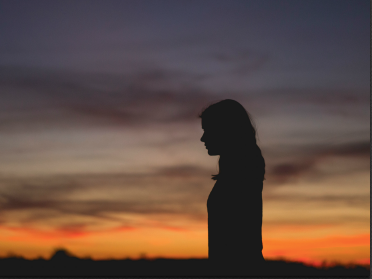 Endometriosis. The gynecological equivalent of preeclampsia as far as I’m concerned. In other words. I despise them both.

Seems I have been running a special on endometriosis of late. Literally, I have seen an influx of women with endometriosis. Management has been both medical as well as surgical. I had a pretty impressive case a week or two ago where we removed two large endometriomas and ablated quite a bit of endometrial implants. The pre and post surgery pictures were pretty impressive. I scored that particular case a point for team Dr. Angela. And though there are small victories such as the one previously mentioned, endometriosis is an on-going battle. Who knows, the next round may not be so favorable for me.

Endometriosis is a disease that affects lots of women. It can be minor, severe. Symptomatic, asymptomatic. Here are five things you need to know.

Endometriosis is a disease process that occurs when the lining of the uterus, the endometrium, which is normally shed monthly as your period, gets shot out of the fallopian tubes and implants on various aspects of the pelvis; i.e., the tubes, ovaries, cul-de-sac, etc. Endometriosis can also implant on the bowels, appendix, scars…..

The hallmark symptom of endometriosis is cyclical, painful, periods. Other symptoms may include things such as pelvic pain, pain during sex, bowel issues such as constipation/diarrhea(most commonly during your period), infertility, painful bowel movements, pain with urination.

Risk factors. Family history is a BIG one. Early onset of periods. Uterine anomalies. Short menstrual cycles; i.e., <28 days between periods. Alcohol consumption. Any medical condition that prevents the passage of menstrual blood flow out of the body; imperforate hymen comes to mind.

Endometriosis can range from mild to debilitating. Emotionally, it can take a HUGE toll on women; whether it’s the daily pain, or heartache that may be associated with infertility resulting from endometriosis. Ultimately, the last ditch option for treating endometriosis involves a complete hysterectomy with removal of the ovaries and tubes. Leaving the ovaries is typically not recommended.  As noted above, the hormones produced by the ovaries can result in remaining endometrial tissue growing and causing pain. Of note, not all endometriosis is visible to the naked eye.

Endometriosis. It’s a wrap! Hoping this blog post has informed. Would love to hear from you. If you happen to struggle with endometriosis, what has/hasn’t worked for you? I wanna know.