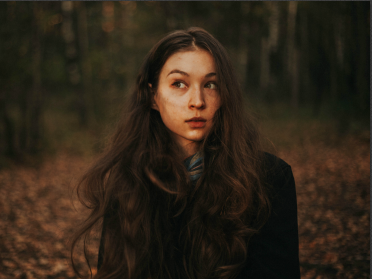 Flu who? Tdap What? Should I get them?

So, as you all know, the Ask Dr. Angela brand includes video posts on my You Tube channel, a podcast, the blog, as well as a strong social media presence. The most recent video post focuses on the flu/Tdap(whooping cough)vaccines and the recommendation to get them. Now, I’m not making this up. This is coming straight from ACOG(the American College of Obstetrics and Gynecology); the governing body that dictates how obstetrics and gynecology should be practiced in these United States of America. Any who, this video caused quite the ruckus on Facebook. It got quite a bit of engagement.  Click here to view the video.

Why should you get the flu and Tdap vaccinations during pregnancy?

How about getting the flu in pregnancy is NO JOKE?! With all the physiologic changes that occur during pregnancy, of course the flu is going to affect pregnant women differently. How? Pregnant women are more prone to significant illness from the flu and at an increased risk of hospitalization as a result. Flu during pregnancy increases the risk of preterm labor and delivery, as well as low birth weight.

It is safe to get the flu vaccine in ANY trimester during pregnancy. This is supported and endorsed by both the CDC as well as the American College of Obstetrics and Gynecology.

Getting the flu shot is protective for your unborn baby. How? Why? Well, getting the vaccination grants passive immunity to baby who won’t be able to get a flu vaccination for at least 6 months post birth. Getting the flu is no fun for grown folks; imagine how it affects baby….Just saying.

The Tdap is recommended between 27 and 36 weeks gestation during pregnancy.

What is Tdap? Tdap consists of 3 vaccines: tetanus, diptheria, and pertussis(whooping cough). The whooping cough portion is the one that gets the most attention of this triad as the focus of this particular vaccine is preventing the spread of whooping cough which could have pretty serious consequences for baby; i.e.,terrible cough, pneumonia, etc.

Whooping cough is pretty contagious. Due to the fact that babies are most likely to catch it from household contacts, the recommendation is for anyone who is going to be in close contact with baby; i.e., grandparents, parents, etc., to get it.

Getting the Tdap shot during the 27-36 week window allows for passive immunity to be given to baby who won’t be able to initiate their vaccination series, Dtap, until 2 months of age.

I recommend these vaccinations to my patients. I get the flu shot annually. This is my practice. My choice. Your job is to interpret the facts, recommendations, and do what you feel is in the best interests of your pregnancy.

The purpose of any of the material I present is to offer a different perspective, provoke thought, conversation.