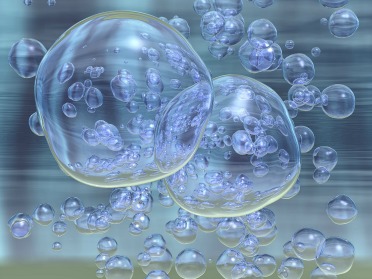 Ovarian Cysts…..What You Need To Know!

One of the more common reasons I see women, whether it be in the office or the ER, is for ovarian cysts. The usual scenario goes something like this……

“I was minding my own business, going about my usual activities, when BOOM! I was all of a sudden stopped dead in my tracks, doubled over in pain, and could barely move……the pain was so severe that I went to the ER. They ordered a CT scan and it showed I had an Ovarian cyst…..I was instructed to follow up with you, my ob/gyn, in the office. The pain is still present but has gradually gotten better over the past few days.”

Sound familiar? Has this EVER happened to you?!?!?

I see a scenario similar to this one AT LEAST once a week….. Having said such, here are my TOP 5 Facts you should know about Ovarian Cysts:

1. ALL WOMEN get cysts on their ovaries depending on where they are in their menstrual cycle. These are typically called functional cysts and are associated with ovulation. Sometimes these cysts can persist, become enlarged, and if they rupture, can be, though rarely, associated with pain.

2. ULTRASOUND is the gold standard for imaging anything in the pelvis! It gives us the best characterization of pathology in your uterus, ovaries, and tubes. I’m ALWAYS amazed when I see someone for f/u for an ovarian cyst and all that was ordered was a CT scan…….Ultrasound yields information such as size, and important characterizations such as whether or not the cyst is solid, fluid-filled, has septations, thickened walls, etc. Some of these findings are important in determining whether or not there should be concern for more serious pathology such as malignancy.

3.  MOST OF THE TIME, the findings that I see on ultrasound are: a cyst that is <5cm in diameter, is “simple”or fluid-filled, and there is a small amount of “free fluid” in the cul-de-sac (bottom of your pelvis). As mentioned above, if a cyst ruptures, it can be pretty painful…..the free-fluid in the pelvis that has been released by the cyst oft times serves as an irritant and is the reason you continue to feel that annoying discomfort. Your pain will typically last until this fluid is completely reabsorbed by your body.

4. MOST OVARIAN CYSTS can be managed conservatively; i.e., we repeat an ultrasound in 8-12 weeks to ensure that they either have completely resolved on their own, or don’t have any “findings” that are eyebrow raising…..cysts larger than 5cm, that are characterized as being “complex”, septated, have thickened walls, solid components, etc., tend to be a bit more worrisome and warrant further investigation. The 5cm rule comes into play as the risk of the cyst causing the ovary to “twist on itself”, or cause ovarian torsion, increases with cyst size.

5. OTHER common types of cysts that can be associated with ovarian pain, rupture, or persistence; i.e., not likely to resolve on their own, include; endometriomas (you’ve probably heard of these….they are typically associated with endometriosis), dermoid cysts (these cysts can have hair, teeth, skin….I know, sounds like something out of a horror movie, right?!?!?), and cystadenomas (typically filled with fluid or a mucus-like material).

While not all cysts rupture, other symptoms that might be suggestive of the presence of an ovarian cyst include things like: intermittent pain that may or may not be related to your menstrual cycle,  lower pelvic/abdominal pain that radiates towards your back and down your leg, pain during intercourse, a feeling of pelvic pressure or fullness, issues with voiding or bowel movements, etc.

While the above is BY NO MEANS a complete list of EVERYTHING you need to know about ovarian cysts, I hope that it provides a bit of insight into common symptoms, characteristics, and ultimately what to expect when dealing with such.