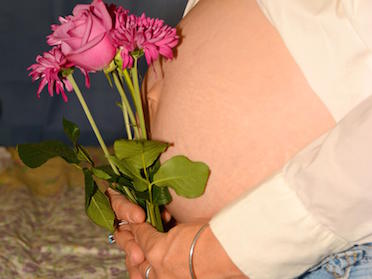 To C-Section or not to C-section….That is the question!

June 11, 2014 Say What
The following question was recently posed to me by an on-line publication:
Is it true that once you have a c-section, you must have a c-section with subsequent pregnancies?
That statement is false; dependent upon the type of incision that was made on your uterus at the time of the original cesarean section.
The decision to attempt a trial of labor after a c-section(TOLAC) or a vaginal birth after a c-section(VBAC) is one that has to be carefully considered by the individual and her provider.
There are many variables that go into deciding who is/isn’t a good candidate for such. First off,  the associated risks and likelihood of success have to be within reason for both the patient and her physician.
Discussing the reason for the initial c-section becomes important as such can be somewhat predictive of the likelihood of success for an attempted vaginal delivery after a c-section; i.e., someone attempting a TOLAC when the indication for the original c-section was for a non-recurring indication (breech presentation, multiple gestation, etc), is likely to have a higher success rate than someone whose original c-section was for an arrest disorder(ex: the cervix wouldn’t dilate beyond a certain point, or the infant wouldn’t descend any further into the pelvis).
Clinical factors such as history of previous vaginal delivery or entering into labor spontaneously are associated with an increased probability of success when attempting to have a vaginal birth after a c-section.
Alternatively, factors such as advanced maternal age, gestational age greater than 40 weeks, maternal obesity, etc, are just a few factors that decrease the likelihood of a successful vaginal delivery after a c-section.
After careful consideration of topics including but not limited to those mentioned above, a woman and her physician can best determine if a TOLAC or VBAC is an option for her.
Until next time,
Look Better. Feel Better. Be Better.
Dr. Angela
alwaysc section