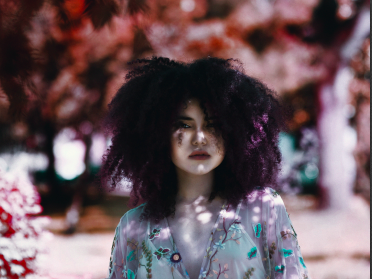 Seems menstruation, periods, etc., are a hot topic these days. YES! It’s natural. NOT some God forbidden topic that’s only to be discussed behind closed doors, amongst women, after hours. IT’S F’IN REAL! And with all the options currently available for period care, depending on who you are and where you live, of course, toxic shock seems to be a thing of the past. Especially with so many choices ranging from menstrual cups, period panties, organic products, etc.

Think again! Toxic Shock Syndrome has been a hot topic of late. I can’t tell you how many queries I received on this within the past week or how many articles I’ve read of late covering this topic. And while it is a relatively RARE occurrence, it isn’t JUST limited to tampon use. I’ve seen two cases of TSS. Both were pretty significant in that the women involved were admitted to the ICU. YIKES!

Here are my 5 most interesting facts about Toxic Shock Syndrome (some of them may surprise you. Hint: using organic tampons doesn’t decrease your risk of getting it!):

What is it? TSS is a rare condition caused by the toxins of two bacteria. Primarily Staphylococcus Aureus, but also Group A Streptococcus. I’ve seen two cases of TSS in my 13 year career. Both involving young women admitted to the ICU in multi-system organ failure stemming from retained tampons.

Symptoms. Oft time rapid in onset and progression, you’ll want to keep your eyes peeled for any of these: sudden onset fever, low blood pressure, vomiting/diarrhea, muscle aches, a rash that mimics a sunburn in appearance and may appear on the palms and soles of your feet, headache, etc.

Who Gets TSS? More folks than you think. Men, children, and postmenopausal women can be affected. This isn’t just a girls who get periods thing.

Risk Factors. Skin wounds such as cuts and burns. Recent surgery. Contraceptive options such as sponges and diaphragms increase your risk as do super absorbent tampons and menstrual cups….NEWS FLASH! This isn’t just a tampon thing!

Complications. This is SERIOUS. If you think you have any of the previously mentioned symptoms and are at risk per the above, please notify your physician ASAP. Complications include things such as multi-system organ failure, shock, and even death.

Once upon a time we thought that TSS was limited to tampon use. In this new day and age with the variety of options available for period care, it’s important to be cognizant of possible risks. Changing tampons and menstrual cups frequently can be preventative as can ensuring that you are wearing the correct absorbency tampon. DON’T WEAR A SUPER ON A LIGHT DAY! Making sure your menstrual cup is the correct size, washing it with soap and water between insertions, and making sure that you are sterilizing it by boiling it in water after each use is advised. Another NEWSFLASH is that TSS can be associated with tampon use REGARDLESS of whether it is composed of synthetics or organic materials such as cotton.