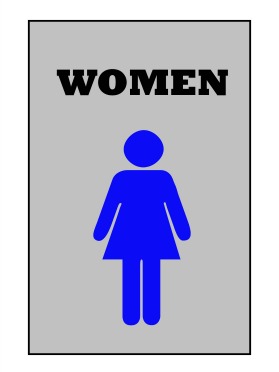 Here’s what I think you need to know…….

First of all, what are they? Fibroids are proliferations of smooth muscle cells(yes, your uterus is composed of smooth muscle). They vary from the size of a pea, to that of a watermelon. NO KIDDING! Last month I removed a uterus that contained fibroids…….the specimen weighed 30 POUNDS! I was in such disbelief that I called pathology as I thought there was some sort of typo in the report.

Fibroids can be hereditary, and African-Americans seem to have a higher incidence than other racial groups.

What are common symptoms associated with uterine Fibroids? Sometimes heavier, painful periods. The sensation of pelvic pressure. Bowel or bladder issues which can range from feeling as if you have to “go all the time”, to feelings of constipation. On the flip side, you may have no symptoms at all. Fibroids can be completely incidental findings noted on physical exam(a pelvic exam) or an ultrasound.

Do Fibroids affect fertility? Pregnancy? That depends on their location. Fibroids that are submucosal, and impinging on the lining of the uterus, certainly can impact implantation, and increase the risk of miscarriage. If fibroids aren’t encroaching on, or near the endometrium(lining of the uterus), they typically won’t impact your ability to conceive.

If you are, however, pregnant with fibroids, we typically monitor their growth, as well as the baby’s, as fibroids, if they get too big, can impact the growth of the fetus.

Fibroids can degenerate during a pregnancy, or die off, due to redistribution of their blood supply…this can be painful. If such occurs, we generally manage this conservatively with pain medications.

What are treatment options for fibroids? Depends on the symptoms being treated. If bleeding is the major issue, hormonal options such as birth control pills, iuds, etc., are considerations. Endometrial ablations can also be employed to treat heavy bleeding caused by fibroids. It’s important to remember, however, that these options affect bleeding, not growth of the fibroids themselves.

If pain is the presenting symptom, high dose NSAIDS(non-steroidals) can be used.

GnRH agonists such as Lupron can also be utilized to help shrink fibroids. These medications put you into a medical menopause(your periods stop, you may/may not experience hotflashes) and can be used preoperatively to help shrink fibroids as well as help increase blood counts as fibroids can be associated with heavy periods which in turn can lead to anemia.

Surgical options such as hysteroscopic, laparoscopic, open, or robotic removal(myomectomy) are also options.

When contemplating a myomectomy, it’s important to take into consideration the size/location of the fibroid, and where you are in the spectrum of “child bearing” years. If, for example, you have completed childbearing, another option would be complete removal of the uterus.

Remember, fibroids are hormonally responsive and just because they are removed, they have the potential to come back. For those of you interested in conceiving/bearing children, I would only recommend a myomectomy if the fibroid is affecting/encroaching upon the lining of the uterus.

Other, less invasive, oft times overlooked options include things such as uterine artery embolization, and a newer technology that utilizes MRI imaging, aka, MRI FUS(focused ultrasound surgery). You may want to know what is uterine fibroid embolization before opting for this option, as prior research is always important with medical matters.

Remember, NOT ALL FIBROIDS CAUSE SYMPTOMS! We can always take a wait and see approach. In patients that are having no symptoms, I typically monitor their fibroids with an annual ultrasound to monitor growth. Though fibroids are primarily benign, any sudden increases in growth would warrant further investigation. It’s also worth mentioning that fibroids, which are hormonally responsive, shrink once you enter menopause.