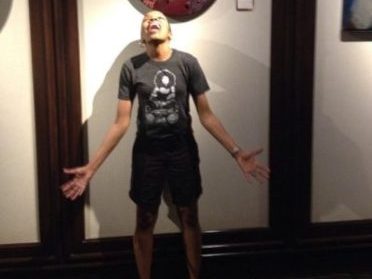 Fibroids. I seem to be running a special on them. The indication for most of the hysterectomies I’ve done of late are for, you guessed it, fibroids.

Fibroids in and of themselves aren’t a big deal. Fibroids are mostly benign; roughly 99% of the time. The issue is the symptoms that fibroids cause. Pressure, pain, and you guessed it, BLEEDING!

Back to my fibroids…….the issue I had with fibroids wasn’t so much mass effect, or pain for that matter, but BLEEDING!!!! My periods were COMPLETELY out of control. I was wearing period panties, super tampons, you name it. Long story short, one day I walked up the back flight of stairs leading to my office. I was so winded that I finally asked my partner to just check some labs. I’m in pretty good shape and could hear my heartbeat in my ear….Something just didn’t seem right.

Later on that evening, I get a phone call from my colleague and friend. She informed me that my hemoglobin was 4!!!!! This is a BIG F’in DEAL! Normal  hemoglobin or blood count is around 11 or 12. I proceeded directly to the ER for a transfusion followed by iv iron the following morning. I later proceeded with the usual workup; i.e., ultrasound, and then consultation with my colleague. I told her to just take it out. Why? Because I was done having children, my uterus was HUGE, and I wanted a permanent fix. I ordered up an abdominal hysterectomy with a bilateral salpingectomy. In english, removal of my uterus and fallopian tubes. Why the tubes? Because the precursors for ovarian cancer start in the tubes.

This is not to say that a hysterectomy is the answer for treatment of all fibroids. The thing with fibroids, is that symptoms typically dictate treatment. If bleeding is the issue, there are NUMEROUS options. You could have a uterine ablation, try an iud such as a Mirena, try an oral contraceptive pill, depo provera, or other hormonal option. Lysteda, aka tranexamic acid, is a non-hormonal selection for treating heavy periods. An oft times under utilized choice, the uterine artery embolization, is done by interventional radiologists. In addition to treating bleeding, this option also affects fibroids in that it shrinks them. Outside of a hysterectomy, and myomectomy(removal of the fibroids from the uterus itself)the uae, or uterine artery embolization, is the only other treatment that directly treats/affects fibroids.

Treating other symptoms of fibroids, whether it be pain, pressure, or mass effect if you will, typically involves removal; whether it be of the fibroid/fibroids, or the uterus in total.

Little known fact. As long as fibroids aren’t causing you any symptoms, you can observe them. I have seen women with HUGE fibroids that have no symptoms at all. We just monitor them. My general rule of thumb in most things is that we can safely observe until your quality of life is affected. Less is sometimes more. Collectively, make sure you follow up with your friendly obgyn to determine what treatment option will be best for YOU! This is not a one size fits all scenario. Medicine and healthcare, for that matter, never is.

Hoping this blogpost has informed and taken away some of the “mystery” surrounding fibroids. If you’ve dealt with fibroids, I would LOVE to hear from you.Click here to share your experience. In upcoming blog posts I will address the individual treatment options mentioned above as they all have their pros and cons.