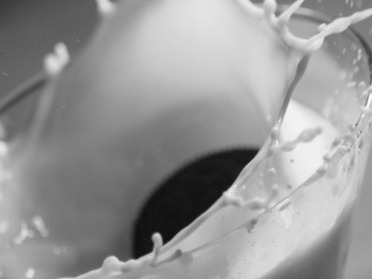 Got Discharge? Vaginal Discharge. What you need to know.

The “Got Discharge” question is a direct reference to the “Got Milk” advertisement. I immediately thought about the milk mustache and how folks LOVE milk….

Well, ALL women, contrary to popular belief, have vaginal discharge. And depending on the nature of your “practices” so to speak, there may even be a few of us that have significant others that have at some point or another had a discharge mustache….because as much as folk love milk, folk also LOVE…..(LOL!!!!!)

ANYWAY, I’m consistently amazed at the number of patients that are surprised to hear that vaginal discharge, aside from being COMPLETELY annoying, can also be normal.

Vaginal Discharge…..Here’s what you need to know:

As long as it doesn’t ITCH, BURN, or SMELL BAD, it’s likely normal! Vaginal discharge….we all have it! It’s secreted by the glands of your cervix and vagina and its purpose is to keep the vagina “so fresh and so clean”(total throw back to OUTKAST…are you familiar with this particular song/group?).

It changes depending on where you are in your menstrual cycle, at times going from being thick, to thin. Ovulation, breastfeeding, sexual arousal and pregnancy can be associated with INCREASED amounts of vaginal discharge.

If your discharge causes: itching, burning, irritation of some sort, smells bad, is blood tinged, green, yellow….or is different than what you’re accustomed to seeing, contact your ob/gyn straight away. Vaginal infection shouldn’t be diagnosed over the phone. Cultures of some sort are usual in order to guide treatment.

DON’T DOUCHE! That’s so 80’s and can actually offset the “normal” flora(bacteria) in the vagina and predispose you to infection.

Talk to your girlfriends about this! I’m AMAZED at how many women I see that, first of all, don’t realize that vaginal discharge can be ENTIRELY normal, but who also have no clue that they aren’t the ONLY ones wearing pantyliners. No, it isn’t just YOU! Exercise one of the perks of being a woman…we can talk about ANY and EVERYTHING!

Want to know more??? Check out episode 95 of the Ask Dr. Angela Podcast which addresses the issue of discharge even further.

Hoping this blog post adds value to your day.