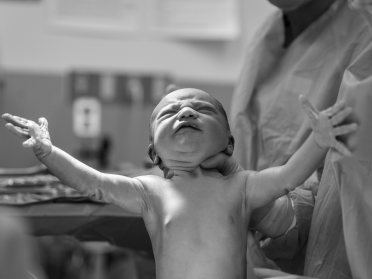 Induction of labor. Is timing everything?

There has been A LOT of discussion about elective induction of labor. The hospital that I work at recently passed policy that stated no elective inductions could be performed before 40 weeks. All of this in an attempt to reduce the cesarean section rate. Imagine the smile that came across my face when I FINALLY had an opportunity to peruse the magazines and journals that had accumulated in my magazine rack over the course of the week. I came across good ole OB.GYN. News. I like this publication as it is easy for me to scan, and the articles are current and informative.  Click here to read the article that I was super excited to share with my colleagues and get their take on.

In a nutshell, the article basically states that elective induction of labor at 39 weeks was not only safe for the newborn, but also provided a few benefits to first time moms; i.e., a 16% reduction in cesarean section as well as a 36% reduction in hypertensive disorders as relates to pregnancy. This all in comparison to pregnant moms who were managed expectantly.

ACOG, the American College of Obstetrics and Gynecology, has historically taken a more hands off approach where inductions are concerned in that they don’t recommend induction of labor unless it’s medically indicated.

Having practiced obstetrics for 13 years, I find myself in the middle. On one hand, I do tend to favor a more hands off approach. It’s the midwife in me. Midwives certainly played a large role in my training and I happen to come from a long line of midwives. On the other hand, if a cervix is deemed “favorable” as denoted by their bishop score, I see nothing wrong with inducing a “mom to be” at 39 weeks.

I don’t, however, know that I’m a HUGE fan of inducing labors that aren’t medically indicated when cervices are not favorable. Sometimes at 39 weeks, they just aren’t. Then we get into inductions that last for days, and what could eventually seem like an eternity. Dare I mention the “C” word? Cesarean section?

Past schools of thought would suggest that inducing when cervices aren’t favorable….Here we go with that term again. Ok. Briefly…A cervices favorability has to do with its dilation, consistency, position, effacement, and baby’s station in the pelvis. Typically speaking, the aforementioned components are scored. A composite score of < 6 is deemed unfavorable; i.e, the induction is not likely to result in a vaginal delivery.

This new study certainly will cause practitioners worldwide to consider their standards of practice.

Overall, I’m REALLY happy this research was published. It’s nice to see a randomized trial that was actually based on a large study with solid data.

One of the things that I love about the practice of medicine is that it is a specialty that is constantly evolving. What was done in the past doesn’t necessarily mean that it is what should be done in the future.

I’m hopeful that this article/blog post will serve to make women more informed. Empowered. We as women deserve to be an intricate part of our pregnancies/management. As GI Joe always says, “knowing is half the battle.”

If you are considering an induction, or it is something that has been posed to you by your obgyn, have a frank discussion about the pros/cons and whether this is something that you feel is right for you. This post certainly should put you on the road to making a more informed decision.

So you made it to labor and delivery…..Now what?