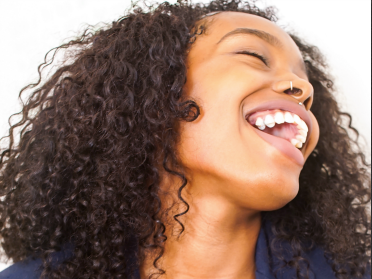 Laughing gas and labor. Are you serious?

So, I was recently asked about Nitrous Oxide use during labor. Yes, I’m talking about laughing gas.

Most of us know it in the context of a dentist’s office. You know what I’m talking about….it’s likely the sole reason anyone is able to tolerate such a visit(I am speaking entirely from personal experience). It creates that sense of euphoria, relaxation, etc., all while you’re in the dentist’s chair getting only God knows what done.

Well, I was recently in my endodontist’s chair, as of yesterday, having the second part of a root canal done(can we say YIKES?!?!); anyway, thank GOD for nitrous oxide. It truly is the only way I am capable of tolerating the sounds of the scraping, drilling, grinding that are oh so common in a dentist’s office. Dr. B had his jazz on blast and I was floating on cloud 9; literally. I just kept inhaling as much as I could while thinking about how the new hypertension guidelines might affect the diagnosis of preeclampsia, or doing some random math in my head. I was performing these arbitrary acts to ensure I was still in my right mind.

Where am I going with this? Expectant moms want to be in their right minds during delivery. Labor and the ensuing delivery are, after all, part of the pregnancy experience, right? Who wants to forget that? Well, some of us might, but most won’t. I can’t really speak to this as I had a c-section. But hell, it would be nice to be able to take the edge off of contractions, pelvic pain, etc…..To experience euphoria during the labor and delivery process. I’d be down for that. Wouldn’t you?

Once upon a time Nitrous Oxide was utilized on labor and delivery suites across the United States. What happened? The epidural. And while the epidural is great, more and more expectant moms are looking for alternative options that offer not only pain control, but more control in general.

Nitrous oxide, aka laughing gas, is widely used outside of the United States in countries such as the U.K, Australia, and Canada. Due to its extensive utilization in other parts of the world as well as past use in the United States, there seems to be increasing demand for it here in America.

Pros include: it lessens anxiety(just imagine me in the dentist’s chair), it gives the patient more autonomy(face mask on, face mask off), it’s considerably cheaper than other forms of anesthesia; the epidural, for example. It helps women relax when they need to the most; whether it be during needle insertion for things such as IVs or during repair of lacerations that may have occurred during delivery. Other benefits include its rapid onset of action as well as being readily reversible.

Research is still ongoing as relates to its effects on newborns; however, past studies have found no issues as relates to a newborn’s health, alertness, or ability to feed after delivery. As with other narcotics, common adverse effects include things such as dizziness, and nausea.

Nitrous Oxide sounds like a viable option for pain control during labor. Will keep my eyes peeled, as should you, to whether this becomes an option for women here in the USA.