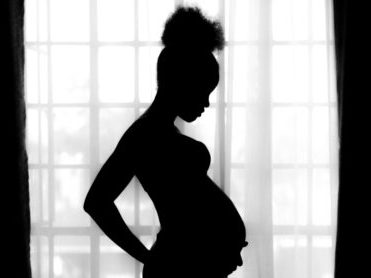 As I was rounding recently, I came across a woman who said to me, “Dr. Angela, we REALLY were trying to time the induction around when you were going to be on call. We wanted you to deliver the baby.” Turns out, while they did actually schedule the induction, the baby had plans of its own and came a bit earlier than anticipated. Go figure. And while that Rolling Stone lyric of “you can’t always get what you want” crossed my mind, it immediately made me think of the lessons we learn while being pregnant. Unbeknownst to the new parents, this was a doozy!

I know I certainly learned A TON during myfastpregnancy. As I reflected on the numerous encounters I have with expectant moms at ALL stages of pregnancy, it made me consider all the things we learn while being pregnant. Here are my

It’s no longer about you! No drinking. No smoking. No drugs. Limited caffeine intake. The list goes on and on. And while these may be things that we’ve enjoyed or previously indulged in, a lifestyle modification is a MUST during pregnancy. Why? Because the aforementioned are not good for the baby.

Patience. And so the waiting game begins. When is the baby coming? How long is the induction going to take? I’m tired of being pregnant. Get him/her out. Enough already! You know all the things pregnant women say at the end of their third trimester when pregnancy can get to be pretty uncomfortable. Between the swollen legs, vulvas, loose joints and ligaments, pelvic pains, and sleepless nights; we’re completely DONE at this point. What’s worse than living almost every moment of your life in pain and going through it without having any sleep? It just makes everything seem a lot more worse than it actually is. I even came across someone the other day who said that she was thinking about taking something like the purple frost marijuana strain, (https://cheapweed.to/shop/marijuana-flowers/hybrid/purple-frost-2/) because she was finally at her breaking point with her pain and insomnia. Of course, I wasn’t sure if this would harm the baby, so I had to show her some other methods that would help, and reassure her that everything would be ok in the end. And while I am constantly asked the million dollar question, “when will baby come?” My response remains the same; “talk to the baby.” Just yesterday I spoke with a patient admitted in labor and I briefed her on todays’s blog topic. She said to me. “Dr. Angela, during pregnancy, you learn to just go with the flow.”

Babies/Kids call the shots. Babies come when they want to come. I know this from experience, hence the deliveries I attend at 2 and 3 in the morning. I recently had a mom that went into labor during her baby shower(ARE YOU KIDDING ME?!?!?), and a mom that quickly had to get over having to share a birthday with her baby…Lets just say we weren’t all too keen on sharing(LOL!). Personally, I can tell you that I always have to check my daughter’s calendar prior to making any plans of my own. IJS(I’m just sayin’).

Personal space. What’s that? I was incredibly uncomfortable during the course of my own pregnancy. My mini moved A LOT. Between the fibroids, back and pelvic pain/pressure, sleepless nights, heartburn and reflux that was the DIRECT result of the baby taking the space she needed and pushing up on my already cramped stomach; I thought this would certainly end once she was born. Not so fast. My space is still her space. Whether it be crawling into my bed on the weekends, jumping into my hot shower, or wandering in while I’m trying to conduct “business” in the bathroom, your kids still and ultimately want to be where YOU are.

Unconditional Love/Sacrifice. Even before delivery we love our babies with everything in us. We love our little ones before we’ve even officially met them. All the blood, sweat, and tears, both during and after the pregnancy; ALL WORTH IT!